The United Arab Emirates (UAE; Arabic: دولة الإمارات العربية المتحدة‎ Dawlat al-ʾImārāt al-ʿArabīyyah al-Muttaḥidah), sometimes simply called the Emirates (Arabic: الإمارات‎ al-ʾImārāt), is a country in Western Asia at the southeast end of the Arabian Peninsula on the Persian Gulf, bordering Oman to the east and Saudi Arabia to the south, as well as sharing maritime borders with Qatar to the west and Iran to the north. The sovereign constitutional monarchy is a federation of seven emirates consisting of Abu Dhabi (which serves as the capital), Ajman, Dubai, Fujairah, Ras Al Khaimah, Sharjah and Umm Al Quwain. Their boundaries are complex, with numerous enclaves within the various emirates. Each emirate is governed by a ruler; together, they jointly form the Federal Supreme Council. One of the rulers serves as the President of the United Arab Emirates. In 2013, the UAE’s population was 9.2 million, of which 1.4 million are Emirati citizens and 7.8 million are expatriates.

WHAT CAN I EXPECT FROM United Arab Emirates?

Where to go in United Arab Emirates

There is a desert adventure waiting in the United Arab Emirates. Within the land of Abu Dhabi, the largest emirate, lies the oasis city of Al Ain. Its centuries-old history can be appreciated at the Palace Museum. One can experience the spirit of the desert firsthand on a desert safari. Go camel riding and climb to the top of the ancient dunes to experience a sunset unlike anywhere else in the world. When the experience is over and it is time for more excitement, the dunes will be ripe for sand skiing back down.

Dubai still has lots to offer away from the sandy dunes. The booming middle-eastern business center offers the 7th largest shopping mall in the world, the Dubai Mall. In addition, since 2010, Dubai is home to the world’s tallest building; the Burj Khalifa in downtown Dubai. The spectacle of desert opulence and grandeur continues in the souk districts along the Dubai saltwater creek, which are home to hundreds of gold retailers, and an estimated 10 tons of gold at any given time. After an eye-opening night of gold shopping, Dhow cruises are a popular way to relax and see the sights alongside the creek like the Chamber of Commerce and the Diera Twin Towers.

The 10 Attractions You Must See in Dubai

The best things to see and do in Abu Dhabi

The 7 Best Things to Do in Sharjah 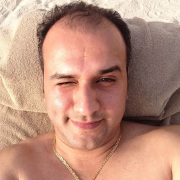